Anyone who knows me is aware of at least these two things: 1) I care about important things that have an astronomical impact on society, and 2) I love films.  With that in mind, I would like to address something important.  People love film because it’s a beautiful art form that gives us a window into the lives of others.  At its very best, it’s a medium that can allow us to understand humanity.  People also love film because naked people.  We all like seeing naked people, no getting around it.  That said, the discrepancy between female and male nudity is shameful.  I think it’s time for the male community in Hollywood to grow up and get those wieners out.  In an attempt to get the balls rolling, I pay tribute to potent penises from films past. 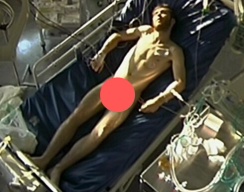 This singular Irishman melted hearts and loins in this spookfest from Trainspotting and Slumdog Millionaire director Danny Boyle. 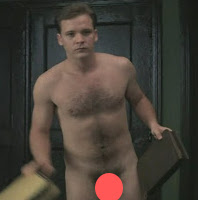 Why hasn’t Los Angeles erected a bronze statue of this trailblazer?  Despite being hung like a squirrel, Pete wasn’t afraid to get the peter out for this critically acclaimed biopic of professor and biologist Alfred Kinsey (played by Liam Neeson, not PS).

Iconic.  Just thinking about this scene brings a tear to my eye.  This was supposed to be the scene that got all the other early-mid 00s boys to join the club and get the tackle out (I’m looking at YOU Ryan Gosling, Shane West, Frankie Muniz), but for some baffling fucking reason that didn’t really happen. 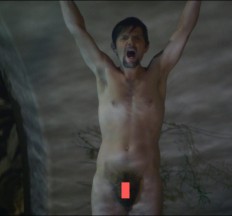 Because I live in Los Angeles, I have a lot of insider Hollywood information.  Everyone thinks Mr. Ben Wyatt used a prosthetic peen for this sexy 2015 knee-slapper.  However, I was recently informed by Comedy Bang Bang’s Scott Aukerman that this is in fact, Adam Scott’s REAL penis.

And that’s it.  Besides those five films there has been no other male nudity in a movie ever.  This is unacceptable.  Enough is enough, guys.  It’s time to take a stand.  Stop being cowards.  I would like to take this opportunity to demand men in Hollywood to unleash the dragon and “free the bacon.”  I specifically call on the following actors to do full-frontal nudity in their next project, even if the script doesn’t call for it: