So as promised here is the story of the time I bought 142 of those Plastic Juice Barrels from the 90’s. 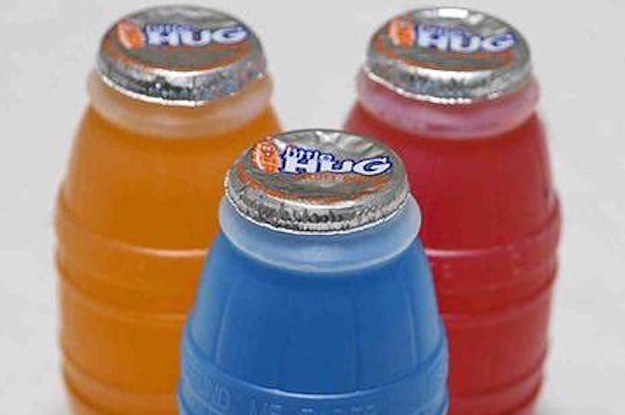 You know these ones.

So it was a nice Saturday morning the summer of 2000 (I think, i couldn’t have been older than 11) and my father sent me to the neighborhood Osco to pick up some breakfast sausage so he could make breakfast, what happened next could be argued as the dumbest thing that I’ve ever done.

So upon my arrival at the store I make an immediate b like for the juice aisle because I wanted to do something nice for Stef and Joe, I figured coming home with some juice would make them happy, so I did what every good brother/shopper would do I started looking around for good deals. And there I saw it, they had those big jugs of juice and they were on Sale! Not just any sale though my dumb kid brain saw 7 for a Dollar and rearranged it to thinking that these were 71 for a Dollar, don’t ask me how, it’s just what I thought.

So here I am counting out 142 of these jugs and nicely arranging them in the shopping cart, before checking out I grabbed a box of frozen White Castle burgers because my dad said he wanted Breakfast Sausage…I’m not sure why I thought those would suffice but hey I can’t change the past right?

So I cutely (probably) walk my cart over to the nearest Register and start unloading it so I can pay for the 142 jugs of juice and the box of frozen white castles. I’m mid check out and I’m kinda putting 2 and 2 together and getting 10. I noticed that the number of the register wasn’t matching the math in my head but as you can see math really isn’t my strong suit so I Just rolled with it.

So I didn’t have enough money for 142 jugs of juice and the box of frozen white castles, I’m sure you can imagine why. So I told the cashier who has to be seven kinds of stupid to just allow a 10 year old kid to buy 142 jugs of juice, that person should be arrested actually, it’s ridiculous.

Here I am riding my bike home with bags and bags of juice jugs just hanging off my handle bars. I get home and explain this to my parents and tell them I have to make a couple more trips and they just laughed at me like I’m some kind of clown. They explained to me what happened and I was

So yea…that’s the story of easily of the dumbest moments of my life, hope you enjoyed