First things first. This song needs to be Playing while you’re reading this.

In fact; you might as well change your Ringtone and Alarm to that song. You need to get as much of that in your life as possible. If you really haven’t heard it you absolutely need to but you probably have unless you’re an Old. And if you happen to be an Old you should give it a listen. You may like it. But that is not what this whole thing is about Partner. 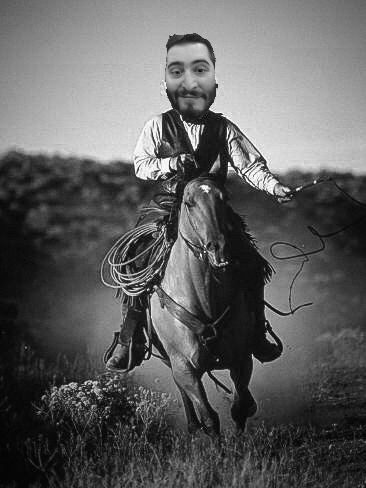 I know I’m late to the party, like very late. But I was feeling a new game and decided to purchase Red Dead Redemption 2. I’m basically an hour in and this game has basically restored my love for the Wild West. I’m just thinking how cool it would be to be a cowboy. Just dipping and riding a horse. Maybe shoot somebody; it would be awesome. Maybe I’ll move to a Desert and just start a new life where I can say Sir and Ma’am to everyone, or I’ll get a cowboy hat and tip that shit whenever I see someone.

Speaking of tipping my hat. If you’re going to watch another YouTube video in your life…or this blog, make it this one. Hilarious. Easily the best video on the internet.

Well until the world becomes Westworld (Full Disclaimer: I haven’t seen a minute of that show but I can only assume it’s about cowboys because of the whole West in the name thing. If it isn’t I look like an idiot but that’s a chance I’m willing to take) we will just have to play Red Dead Redemption 2 to scratch that itch. Me, I’m going to Listen to Old Town Road on repeat. Hell, I might fuck around and go to Pizza Ranch. Just went there last week. Yep, I’m back on my Bullshit.

All about that Cowboy Life.