Who should be the Monstars in Space Jam 2 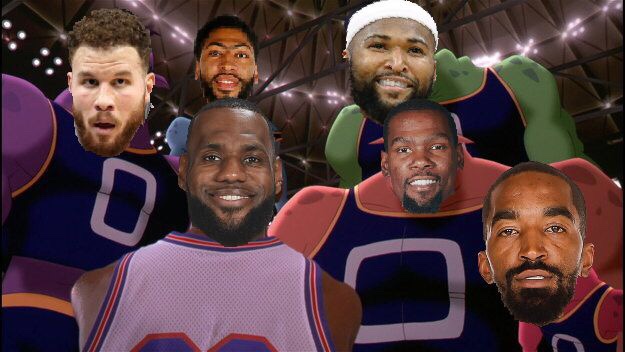 Earlier this year it was officially announced that there would be a sequel to the 1996 Cult Classic Space Jam. With Lebron James taking over for the G.O.A.T as the hero of the story, everybody is speculating who the new round of Monstars will be modeled after. If could legit be anybody. The NBA is full of Young, Marketable Personalities who could bring their own edge to these classic Villains. This is who i believe will be the next group of Galactic Greaseballs.

Anthony Davis: The Brow already looks like a Monstar so the CGI department for Space Jam 2 will not have to do too much work to get Mr. Davis to look the part.

Boogie Cousins: He’s Big, He’s Mean, and he doesn’t play defense. Would make for a memorable moment for Lebron to pull up on him and hit a buzzer beater only for Monstar Boogie to look at his teammate wondering “Where were you on that one dipshit?”

Blake Griffin: Blake Griffin is destined to have a career on screen after his career in the NBA is over. He’s funny, he’s marketable, and this is the most important…He is likeable. What better way to jumpstart his film career than an appearance in one of the most anticipated sequels of all time.

Kevin Durant: Not a huge KD Fan, he’s a total villain. That’s pretty much it.

J.R Smith: I’m gonna keep it 100 with you, there are totally more qualified people to fill out this last spot. But i think the world needs more J.R Smith in their lives. He is absolutely ridiculous, his character would 100% get blunted before the game, and think of the possibility of his character not knowing how much time was on the clock at the end of the game ruining it for team Monstar. It would be incredible. 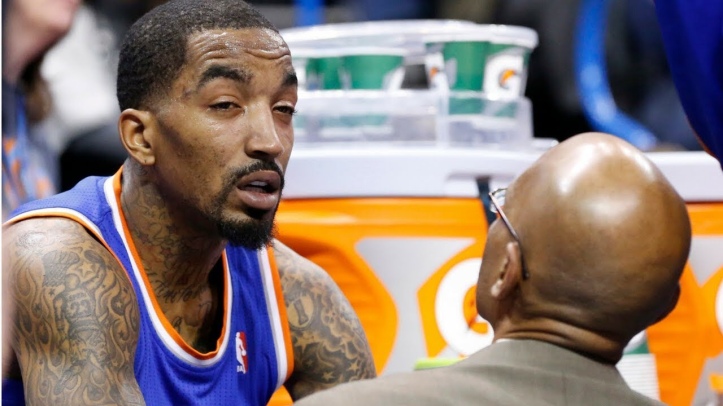 Do the right thing Hollywood.

If you have any better ideas feel free to leave a comment and let me know.