Spent quality time with a couple quality fellas earlier, and I decided to break away from my “Eating Pretty Healthy 85% of the Time,” you know…live a little. So I decided to take a break from the ordinary and get a side of Tater Tots with my Polish Sausage (Shout out to Vienna Beef for their bomb Polish), it was delicious.

But lets get to the Issue at hand. Without a Doubt, Tater Tots are the Apex Predator of the Fried Potato Snack world. I mean there is no universe in which French Fries or their Idiot Cousin (Sweet Potato Fries) are better than Tater Tots. And if i need to explain this any further just think about this. Next time you go anywhere that sells Tater Tots, just know that they are exponentially better than the French fries at that establishment. 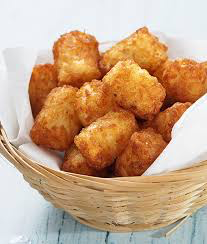 Just look at these little Barrels of beautiful. They fry better than French Fries, they are crunchier/Crispier than French fries which allows for maximum dippage ability. And you can load the shit out of them.

I mean you can tell me that you can get loaded fries anywhere but if you think the above picture isn’t Sexy AF then you are just lying to yourself. What? You want more evidence? Last time i checked there isn’t such thing as “French Fry Casserole.” As awesome as that sounds there is only one Fried Potato Snack with enough Strength to carry the load for an entire dish and that is the Tater Tot. 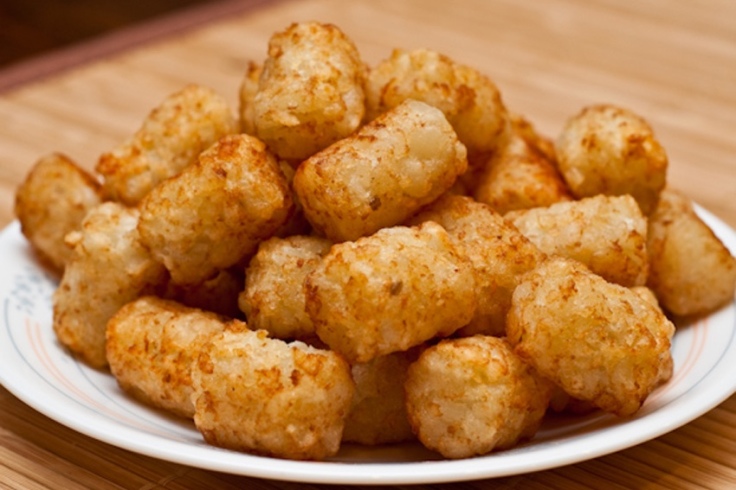 So it’s settled. Tater Tots are the G.O.A.T.

P.S. if there are any Tots reading this just know that you are loved.