Very simple concept behind this…The Chicago Bulls Should just stop winning for the rest of the season. I know, the idea seems so foreign. But as a man who cares about Chicago Sports, i can thing of nothing better than snagging Zion with the number one overall pick and unleashing him upon the league until he decides he wants to be traded and goes and joins the next Super-team (I’m guessing the Dallas Mavericks, My name is Luka i live on the second floor).

Kid gets so much air he might as well be stealing it from Planet Druidia…That’s a Spaceballs reference for the two people who will probably A) Read this, and B) Understand that reference. Just think about it for a second. Getting to see this real life Monstar throw down filthy dunks on a nightly basis. You want to turn the franchise around? This is how you do it (and firing the Shit out of GarPax). For a point of reference i attached an artist’s (Me) rendering of what It would look like if Zion Williamson played for the Chicago Bulls 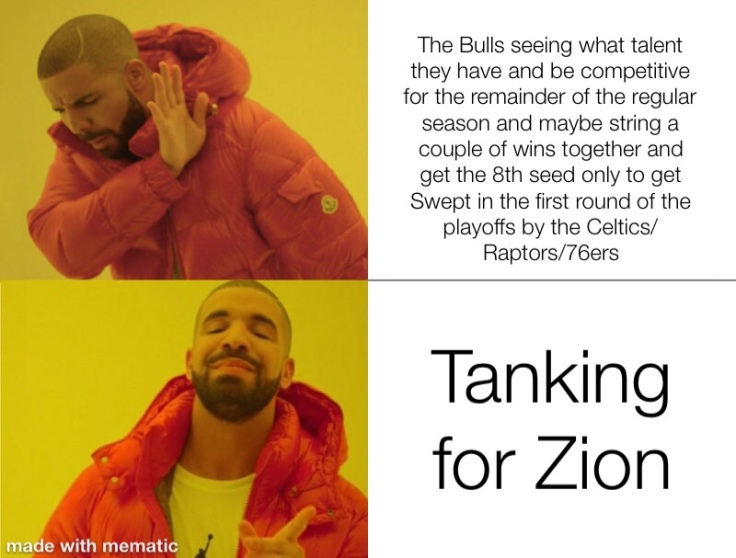